Why You Should Visit Warsaw, Poland 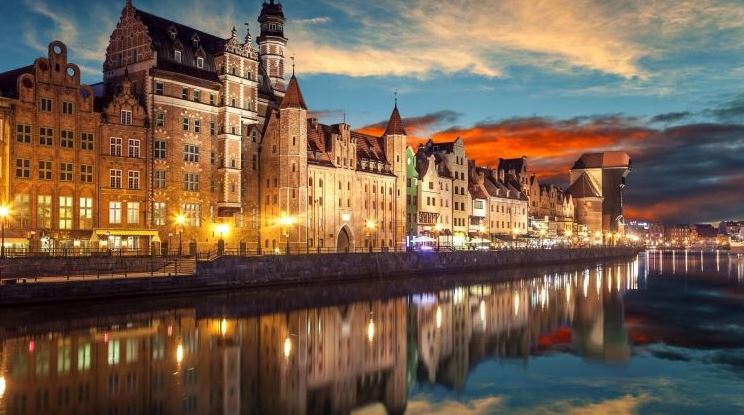 Warsaw is the capital of Poland and it is considered its pulsating heart. Warsaw was the last place where the polish royalty existed until its end in 1944.  The city, which is considered one of the finest European cultural centres, is the intellectual centre of Poland. It is also an eclectic and vibrant cultural space; that is why it is attracting new business whilst clinging to its important past.

You will certainly find something to enjoy yourself while traveling around the world. The city is offering its visitors history, classical music, contemporary art, fitness, and many other great activities.

Here are some of the reasons why you should visit Warsaw, Poland.

Trakt Królewski or The Royal Route is considered most beautiful part of the city. It encompasses five connecting streets. These streets include many culturally important buildings and monuments. The Route starts on the edge of the Old Town and continues for about a mile. After touring the UNESCO-listed Old Town, you can head along Krakowskie Przedmieście street where you can check out the University of Warsaw’s campus, Church of St Anne, Nicolaus Copernicus’ monument, and the Polish Academy of Sciences.  Then you can go to the swanky Nowy Świat street which is a great location for bars and cafés. Then go to Aleje Ujazdowskie where you can check out the Three Crosses Square with St Alexander’s Church and end at the famous Royal Łazienki Park.

This Park is considered one of the most beautiful and biggest parks in Warsaw and in Europe. It was designed in the 17th century in the Baroque style. There are a number of palaces located in this park including the main Palace on the Water. It also includes a neoclassical amphitheater and orangeries. If you visited the park during the summer season, you will find some free yoga and meditation classes in the park; join them.

When you enter The Museum of the Warsaw Uprising, you will find a motto saying ‘We wanted to be free – and to owe this freedom to ourselves’; this presents the history of the 1944 uprising, crucial for the development and the end of World War II.

If you are interested in world history and military studies, it is a must to visit it. The museum was modelled after the Holocaust Memorial Museum in Washington, USA. It also uses multimedia design to replicate the atmosphere of the uprising. You can see many of the bunkers during the uprising, read extracts from newspapers, and understand the chronology of the battle proceedings.

Warsaw’s Royal Castle is located in the Old Town on the amazing Castle Square. This castle was the home of the Polish royalty between the 16th and 18th centuries. During World War II, it was completely destroyed by the German army. It was only reconstructed in the 1980s.

Warsaw was one of the most important cities during the last century and its history and the events that occurred there make it one of the best cities to visit in the whole Europe.

You will definitely enjoy your time there.